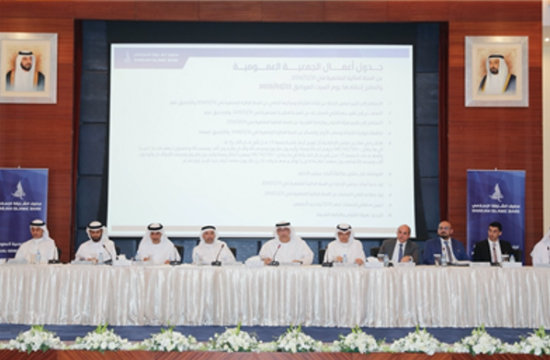 During Sharjah Islamic Bank's 44th General Assembly held on Saturday, headed by HE Abdul Rahman bin Mohammed Al Owais, Chairman of the Board of Directors, in the presence of the members of the Board and the executive management of the bank, distributing 10% of profits to the shareholders, including 5% in cash and 5% of bonus shares was approved after the bank achieved a net profit of AED545.5 million dirhams last year, an increase of 7% compared to 2018, where profits amounted to AED510.4 million dirhams.

The meeting was held in the Sharjah Chamber of Commerce and Industry and attended by a large number of shareholders from the bank, representatives of the Securities and Commodities Authority, and representatives of the Department of Economic Development in Sharjah. Consolidated financial statements for the fiscal year ending on December 31, 2019, were approved at the gathering.

HE Abdul Rahman Al Owais said, "The positive financial results of Sharjah Islamic Bank for 2019 reflect the bank's financial position and its reliable performance listed last June by credit rating agency Standard & Poor's which recorded the bank's long-term credit rating from BBB + to "A-". With a stable outlook, the bank's total assets have grown by 3.7% to reach 46.4 billion dirhams, compared to 44.7 billion dirhams at the end of 2018."

He extended his sincere gratitude to His Highness Sheikh Dr Sultan bin Muhammad Al Qasimi, Member of the Supreme Council and Ruler of Sharjah, for his support and generous gestures that have been a source of pride for the entire bank, with an elaborate history of more than four and a half decades. Al Owais also took the opportunity to thank His Highness the Sheikh Sultan bin Muhammad bin Sultan Al Qasimi, Crown Prince and Deputy Ruler of Sharjah, Chairman of the Executive Council for always backing the bank's activities.

Total shareholders' equity at the end of 2019 amounted to AED7.5 billion dirhams, which represents 16.2% of the bank's total assets, an increase of AED2.1 billion dirhams by the end of 2018, as a result of the bank's issuance of first-tier bonds of capital worth $500 million (AED1.8 billion dirhams). As the issuance process received a large turnout by investors at the regional and global levels, reflecting the strength of the bank and its financial solvency, the capital adequacy ratio reached 22.79% compared to 16.96% in 2018, thus exceeding the requirements of the Central Bank by 13.0%. 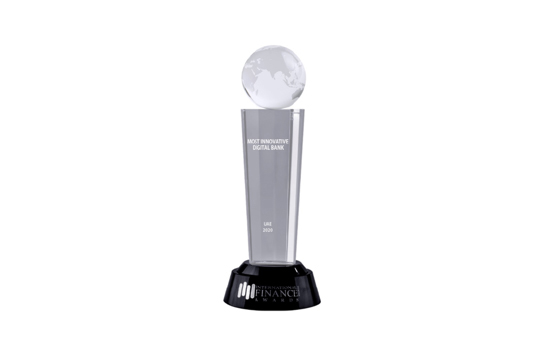